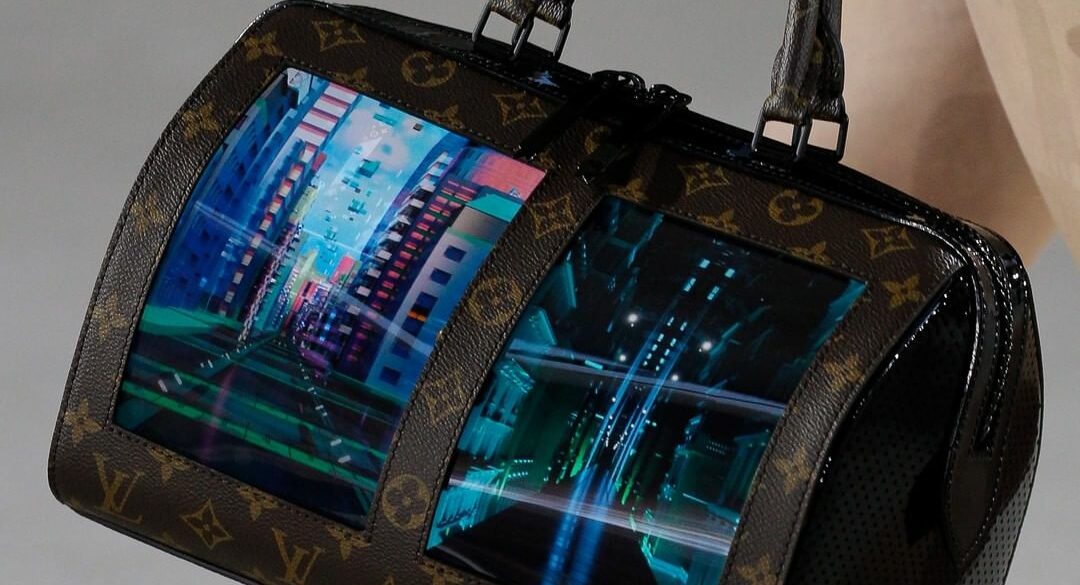 In 1962 Eero Saarinen revolutionized architecture with his TWA Flight Center, an avian—or maybe alien—shape looming over the the outskirts of John F. Kennedy (then called Idlewild) Airport. Fifty-seven years later, Nicolas Ghesquière landed on that sacred spot to revolutionize your handbag.

Among the Elizabethan-meets-disco ruffs, Blade Runnersuiting, and Chrysler Building embellishment, shown as a part of Louis Vuitton’s Resort 2020 show were a handful of bags with functioning canvas video screens on their sides.

Among the Elizabethan-meets-disco ruffs, Blade Runner suiting, and Chrysler Building embellishment, shown as a part of Louis Vuitton’s Resort 2020 show were a collection of bags with functioning canvas LED video screens on their sides.

Called the “Canvas of the Future,” Louis Vuitton’s latest bags are a prototype, the first of their kind to walk a runway show. The moldable, flexible screens are made of AMOLED technology—the same LED lights found in some smartphones—and allow for a 1920×1440 resolution. The goal, according to a press release from Louis Vuitton, is to eventually blur the lines between your smartphone and your sac.

For those old enough to remember a time before smartphones, well, they’ll note this isn’t the first time a TV has appeared on the LV runway. All the way back in October 2007, i.e. the earliest days of the iPhone, Marc Jacobs, Vuitton’s artistic director at the time, took his bow at the end of the Spring 2008 show carrying a mini trunk with an LED screen playing SpongeBob SquarePants.

The reference was punny, coming at the end of Jacobs’s inaugural collaboration with Richard Prince, and pointed. Earlier in the season, Jacobs had been accused of plagiarizing color schemes and silhouettes from Comme des Garçons’s Rei Kawakubo for his Surrealist eponymous collection shown in New York. “I’m a fan of SpongeBob SquarePants—and for all I know, so is Rei Kawakubo, because that’s where our color came from!” he told Sarah Mower at the time.

As for Ghesquière, his bags aren’t displaying cartoons—yet. For now, the designer has settled on a display of retro-futuristic urban imagery that evokes the international approach to his clothing. 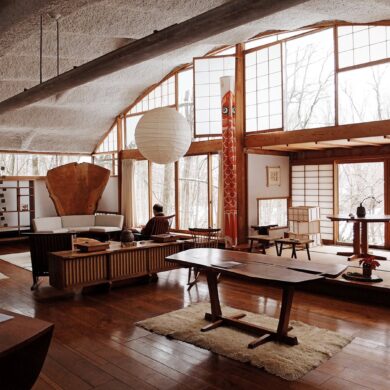