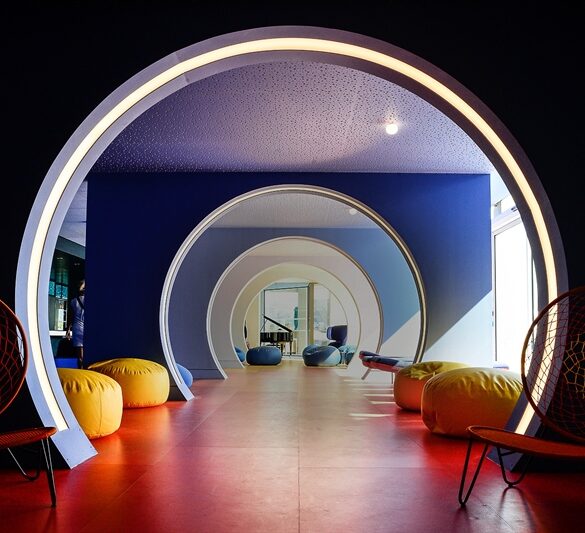 NH Hotel Group, commissioned Teresa Spacey Studio to tackle the design of their forth nhow hotel, located in the heart of one of France’s most beloved cities, Marseille.

The Marseille based hotel is every bit of what one would expect from a nhow Hotel – chic, modern, cool, classic, and trendy. Keeping in mind nhow’s motto “elevate your stay” and their long-held tradition of immersing all properties into their surrounding with a great attention to detail and a knack for sustainability, Teresa Sapey sought to create a space, which evoked a unique personality, reflective of the city’s most recognizable features.

According to Sapey, the colors were the most empowering aspect of the design.

I believe color is a material. It not only covers surfaces but also molds them.

The palette chosen for the interior was influenced by the soul of the Mediterranean. Yellow, orange, red and blue coexist in the space to enhance the guest’s experience and connection to the city.

Since the property is sited on a rock overlooking the Mediterranean Sea, the studio opted to make water elements a dominant theme throughout the hotel, with hues of blue at the forefront.

According to the studio, the concept of the hotel resides in the duality between waters that surround the area: the fresh water from the spring built on one of the original wall of the hotel and the the sea it falls into.

Pushing the oceanic theme forward, the studio designed a 720-foot-long corridor connecting the restaurant to the pool that also functions as the all-day Tunnel lounge. Spacey also took the complexity of the city’s history into consideration while designing the interior by juxtaposing early 20th century architectural styles with vivid color palettes drawn from urban graffiti present in the streets of marseille today. 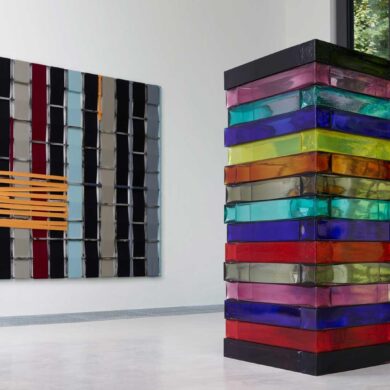